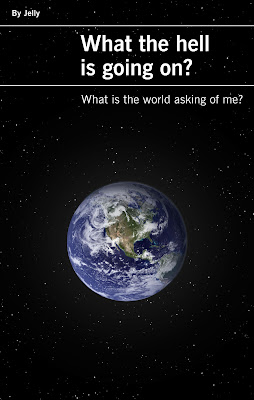 I recently spoke at TEDx Bend. Afterwards I felt a little ‘eh.’ You know how TED works - you have less than 18 minutes, you stand lit-up on a stage with a head mic and try to say something that will transform someone’s life. It’s a minefield, and you try to stand there in a way that’s authentic, vulnerable, and packaged. It was difficult.

I remember two moments on stage where I really felt connected and centered. One was when I admitted to feeling nerves, and expressed my fears whether what I was presenting was good enough to share at a TEDx event. I asked the audience whether they had ever experienced fear or self-doubt. I expected to see lots of hands, but I didn’t anticipate their hearty laughter. Of course we’re all scared and full of self-doubts! Ahhh. Good. Then I’m fine.

The second moment was when another heart-felt remark also received a big and unexpected laugh. I shared that I’d been seeking my own purpose for forty years, since I was a four-year-old, at least, when I remember thinking: What the hell is going on? What is the world asking of me?

Afterwords a woman waited patiently to speak with me. She had a note in her hand. She walked up and said, “I have the name of your book. I’ve tested it around the room.” It said: WHAT THE HELL IS GOING ON? By Jelly Helm.

What the hell is going on. Boston? More than Boston. Everything, the flux. The sense that we have lost a shared plot, or realized that our old plot is not serving us any longer. What's next? Surely not more of the same. And there's nothing we can 'go back' to either. Clearly the way is forward. What does that look like? How do we get there? What are we supposed to do now? 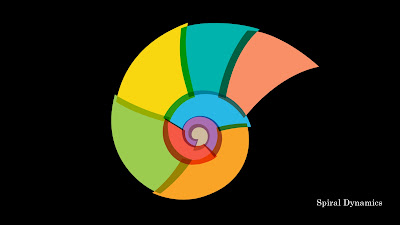 The map that is most reassuring to me is this one, the spiral dynamics map. It's based on the idea that humans are developing creatures, with much potential ahead. This model not only articulates those potentialities, but presents a path to get there.

According to adherents of this model, developmentally, globally, we are at the "What the hell is going on" stage, as significant numbers of people move into the yellow stage, representing not just an advancement on the previous stage, but a fundamental shift in the foundational ideas that have informed all the stages up until now. We are moving from Tier 1 to Tier 2 thinking. 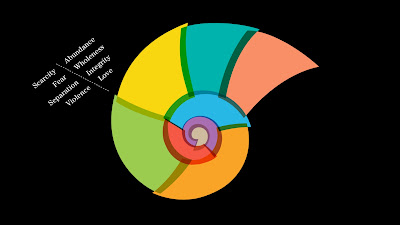 The What the Hell moment is a result of having to not just think in new ways ourselves, but living with the tumult as we collectively rethink all of the systems and structures built on old ideas - how we think about wealth, food, education, security, the planet, family, each other, etc.

We've had explorers in this realm living among us. Buckminster Fuller had particularly acute vision of what is ahead. 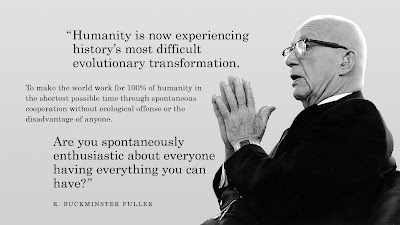 So what do we do, now? What do I do? I am not Buckminster Fuller. I have a family to feed. I have a mortgage. I live in a world of old systems that I know are broken, but I still have to live with them, yes?

In my tidy Ted talk, I said the answer was simply to connect with your purpose, and offered three ways to do it, so neat that it fit on a button.

Today, despite the button, despite the intellectual certainty that Buckminster Fuller - and other yellow and beyond visionaries - are correct, this morning I am feeling a little what the hell. What the hell?

Parker Palmer called it the Tragic Gap, the place of tension between what we know is not working and what we know to be possible. We hold this spot, sit with all the discomfort, and seeming paradox, and all the unknowing. Hold this spot. It takes courage to stay here. I think of courage as not lack of fear or bravery, but doing something even if you don't want to, even if you feel afraid. That's how I feel sometimes. 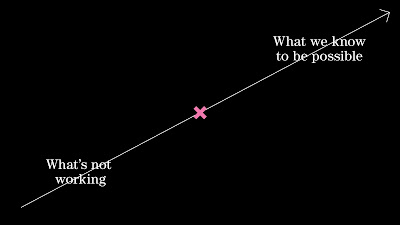 And we press ahead. The faith walk. With excerpts from two poems to lead the way. 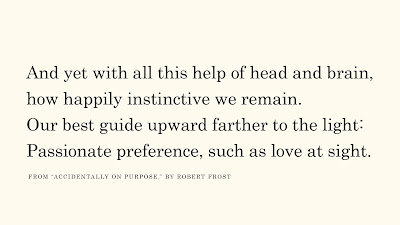 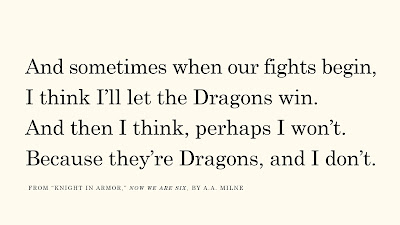