[Note: At the bottom of the page, I've added a couple of photos of the final billboard. It's at 17th and W. Burnside, right around the corner from Jeld-Wen Field.] 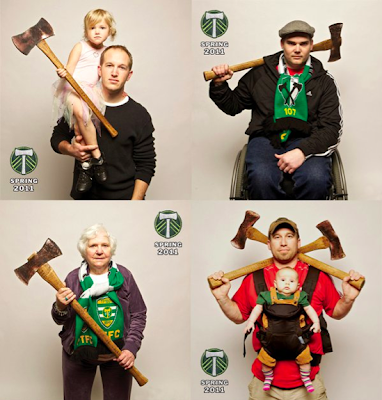 The results are in. The votes have been counted. The people have spoken.

No complaints from me, really.

Relatedly, I just finished reading Crucial Conversations upon recommendation of Mark Jacobs. What a great read. Reminds me of a lot of Thom Walters' wisdom around stepping into 'creative tension.'

Each method has its advantages/disadvantages. Voting involves everyone and it's efficient, but by its nature there are winners and losers.

In the end, I still would've preferred the second method of decision making - basically what I wrote about in the previous blawg post - one person or a smaller group making a decision based on a deep listening to people's input, rather than just straight numbers.

Still, this was a cool exercise, and a pretty neat and unusual story: A major league sports team creating a billboard featuring fans AND letting the fans decide who was featured - not to mention the unexpected make up of the final group: a grandma, a guy in a wheelchair, a dad with a baby carrier and a ballerina in soccer cleats. 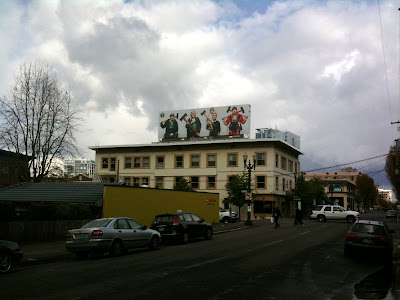 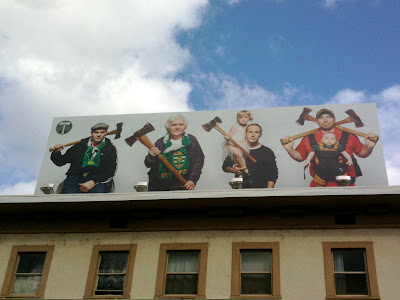