The latest on LinkedIn

A friend of mine who is scary out-front on all things interfizzle recently told me that LinkedIn will soon be the hottest way to connect online, hotter than Facebook.

Huh? LinkedIn? This kid is all sneaker and social media blah blah and isn't LinkedIn a boring businessman site? "No, it's credible, because it's no bullshit, just cold facts. You can't lie."

Look what I discovered on LinkedIn tonight. 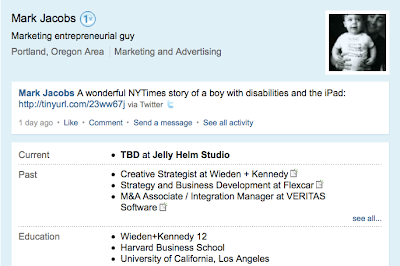 That's right, Mark is joining me and Aaron in the studio as a TBD, starting tomorrow morning. I hope to keep him as a TBD as long as possible. Mark has so much to offer - and I am looking forward to him bringing it all.

Aaron and I and everyone we work with are lucky. Welcome, Mark.
Posted by I'm principal of a at 9:15 PM 3 comments:

Great day this weekend spent at Wordstock. Very comforting hanging out with a crowdful of book/word/idea/story nerds.

I was there manning the Wheel of Cogitation, a table that the studio designed and built for Oregon Humanities to take to events. Its purpose is to create conversation around ideas. 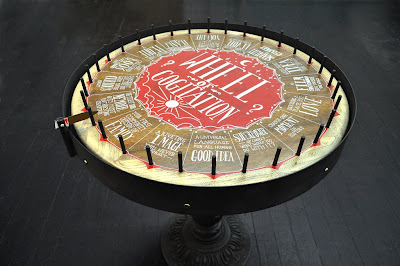 It was a great experience. All sorts of people participated, including lots of kids. The wheel seemed to create space for meaningful and meaty conversations, but in a fun way.

Here's something that happened: A woman walked up with her son, a mysterious mop-topped boy with auburn hair and big brown eyes. He reached out and spun the wheel and stared at the clicker and smiled. "He's autistic," the mom said of the four-year-old. The wheel stopped on a question. 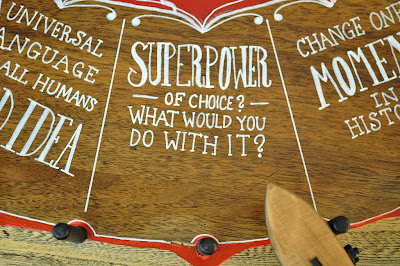 I couldn't tell if he could read the words or understood them. He paused for a short moment, then reached down and touched a bare spot in the leather of a red antique steamer trunk that sat next to the table. "Healing," he said.
Posted by I'm principal of a at 8:57 AM 7 comments: 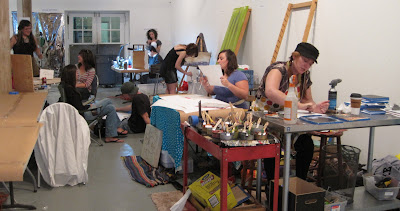 This past Saturday, I was invited to participate in the 1 year anniversary celebration of SHARE, "an event series that brings small groups of artists (writers, painters, actors, musicians, dancers, culinary artists) together to create from the same one-word prompt."

The event showcased some of the work from the last year of SHARE events. The organizers also invited thirty or so artists to create live at the event itself. I was one of those artists.

At 2 p.m. I was at SCRAP prowling for supplies, checking my iPhone for the prompt. By 2:03 I was getting impatient and sent an email to Margaret Malone asking for the prompt. My email had just crossed the one she sent to all the artists. 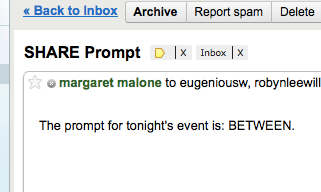 Cue Banjo music while I run around the store again looking for inspiration. Between...

Yes! I find a kit for making a wooden flower press that has 5 pieces of 6"x 6" plywood for pressing the flowers between. Get it? "Between"? 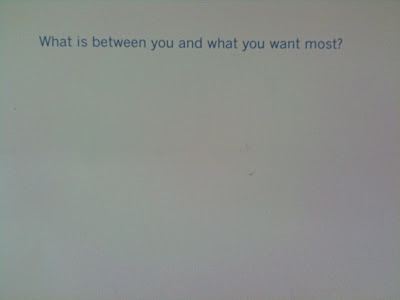 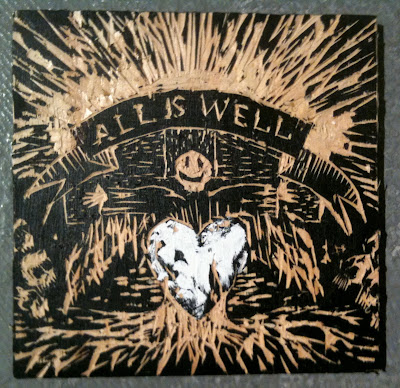 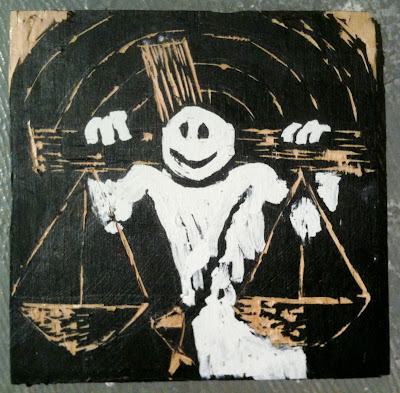 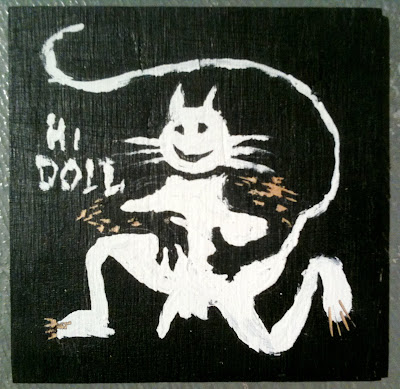 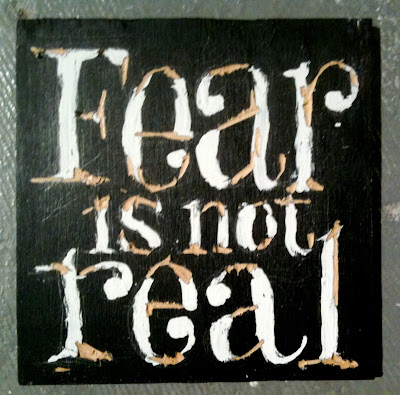