This summer I took on the assignment of writing/designing a blank journal for a Write Around Portland fundraiser - because I believe in their mission, and also because I was interested in exploring the relationship between me and someone willing to spend up to 750 dollars for my journal.

With negative three days to go and complete bewilderment, I thought about how stuck I was. I started writing short sentences to myself, things that have helped me get unstuck in the past.

No expectations, I wrote. Yes. No expectations. Wanting to do the most personal meaningful honest journal of all time was killing me.

27 sentences later and I had written something of a meditation or poem on chilling out, a mantra for regaining flow.

I counted the pages in the book and it happened that I had the exact number of pages to write each sentence four times, a rhythm that felt right to me (and reminiscent of my high school punishment known as JUG, where delinquents were forced to write out a page of the school’s rules in long hand).

The journal is on display at Design Within Reach until Saturday, the evening of the auction.
Posted by I'm principal of a at 3:44 PM No comments:

Reed Harkness, Noah Stanik and I traveled to Poland this summer to film some of the wonderful people who create Wikipedia. They gathered in Gdansk for Wikimania, the yearly gathering of Wikipedia editors from around the world. The work launched yesterday. They'll keep showing a new one each day this week on the Wiki Facebook page.

From the Wikimedia blog:

This week the Wikimedia Foundation is pleased to introduce a series of short videos that were produced in Summer of 2010 that highlight our users: the volunteer contributors from around the world who help make projects like Wikipedia a reality.

(The clips will be posted on this YouTube channel, and also as CCBYSA files on the Wikimedia Commons)

These videos were produced with two key outcomes in mind: to inform the general public about the people and inspiration behind our movement, and also to energize and inspire new Wikipedia editors to engage bravely in contributing to Wikipedia. The latter focus is particularly important for the Foundation’s current Public Policy initiative outreach, but we’re hopeful they will inspire other new editors around the world.

Altogether we will be launching four videos, and today’s video ‘Username’ is a short clip that introduces some of the 35 Wikipedia editors that were interviewed during the annual Wikimania conference last summer in Gdansk Poland. We’ll launch the rest of the clips through this week, hosting them on video sharing sites and of course on the Wikimedia Commons. 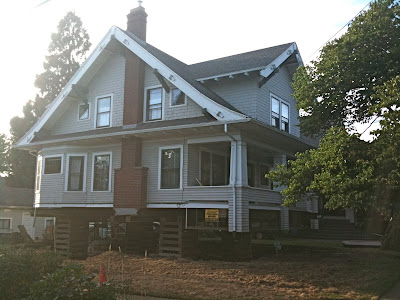 I shared this perspective exploder with Mark and Doris, then Doris sent me back this, from a talk by Laurie Anderson.

You know what I like about the stars, we can't hurt them. We can't bruise them or blow them up. They exist so far away and nothing we do or say or make can harm them in any way. They are safe from us. But... we are reaching for the stars. We are reaching...
Posted by I'm principal of a at 11:58 PM 6 comments: