Well that was a nice walk. 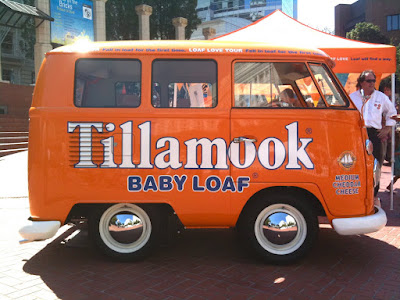 Took a walk after lunch to run some errands. Bought some cool shades and readers from a sweet little vintage eyeglass place downtown. They discovered a surplus of brand new glass frames from the 40s and 50s that had never been sold. Super neat. If you're interested in that sort of thing.

Then I looked in the gutter and found a handful of foreign coins from Italy, Mexico, UK, Singapore. Weird. 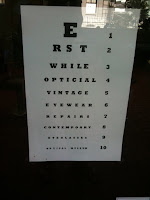 Then stopped by Pioneer Square for Tillamook's 100 year anniversary celebration. Took a photo of the charming little custom VW van in the shape of a Tillamook "baby loaf" of cheese, before I knew it was the brainchild of John Russell, a former colleague of mine at W+K in Portland and Amsterdam. Also got to meet Harold Strunk, Tillamook's CEO.

The van is one of three that will travel across the country this year, giving out cheese cubes, ice cream cones and grilled cheese sandwiches. "It's not about advertising anymore," John told me. "We'd never be able to afford to buy this sort of exposure. We want to give the most number of people a chance to experience our product in a memorable and fun way."
Posted by I'm principal of a at 4:33 PM 3 comments:

A hundred and five degrees 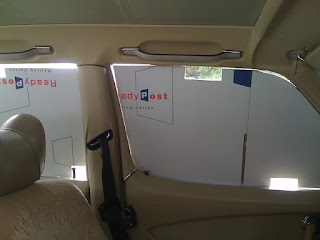 Hot enough today that I feel like sticky bread dough. The homemade sunshades for my car are working overtime. I have a baby fan in my studio and I covered my windows with brown craft paper to block the sun. It's hot, y'all.

At least I've discovered the iced coffee at my neighborhood coffee shop, the iced coffee that reportedly Stumptown itself modeled its cold-brewing method on, so all is well. I have drunk so much I am vibrating. It is so good. I like Backspace a lot. 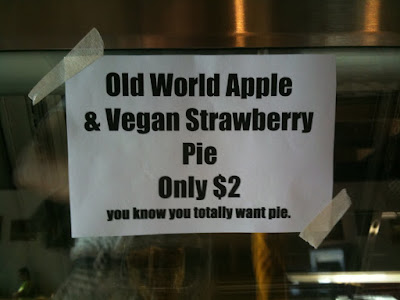 Despite the sweltering meth lab vibe of my studio, interesting conversation this morning with Lars Pedersen, a writer and creative strategist who does a lot of work for an agency in Copenhagen that sounds like the Danish W+K. Lars and I connected through a serendipitous set of circumstances involving Gary Hirsch and Mark Barden, plus Lars and family are house-swapping with my friend Brad Robertson this summer. 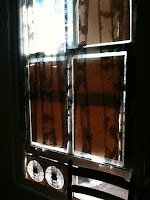 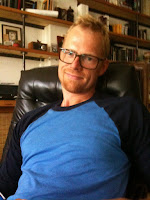 Our sprawling conversation covered the changes happening in the world, and in business, and in our business. We talked about the limits of "sustainability" as a concept, the difference between value and profit, the distance many big companies have between where they currently are and their good and authentic founder's story, and the Zoroastrian vision for humans' earthly destiny.

Just a good, nourishing conversation, about many of the topics that I like to blawg about. Or liked to blawg about maybe. We also talked about how a blawg is a great discipline for clarifying and expressing your thoughts in short bursts and making them visible to the world - but how ultimately - to me at least - it's an unsatisfying format for someone interested in dialogue and having thoughts shaped by bumping up against others.

Anyway, energizing connecting with someone equally caught up with all of the change and growth happening in the world. I bet we end up collaborating on something.
Posted by I'm principal of a at 10:56 AM No comments:

Memories of a Mad Man 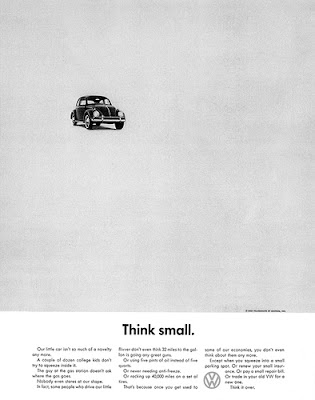 The last couple of days I've been in an interesting email dialogue with my old bosses from the Martin Agency, Jerry Torchia and Mike Hughes. We've been talking about the recent episode of This American Life where legendary copywriter Julian Koenig complains about George Lois stealing all his best ideas.

If you're fascinated with that era of advertising (I am!), you'll probably enjoy the episode. I found it funny and sad and thought-provoking about the nature of our business.

You might also enjoy the most recent addition to the email chain from another mentor of mine, legendary Ad Man Harry Jacobs:

The discussion about the Koenig/Lois video is interesting. I’m happy to say it’s just another piece of fascination with the '60s and '70s. The Bauhaus lives on.

I joined my first agency in 1952, not knowing a lot about how to make ads. But a year or so later, I began to see the work of George Lois appearing in Art Direction magazine. I was taken by it. He was my first great influence. Then there was Lou Dorfsman and Herb Lubalin. All three of them set the stage for my future. So I’m very grateful for the part those three played in my career. Dorfsman and Lubalin became good friends. Lois snubbed me once during my first visit to the Art Directors Show, but I still think he was a brilliant designer and art director.

The '60s will probably go down as the greatest era of advertising. And it deserves that honor. Think of all the books that have been written about it: Bill Bernbach’s book, Helmut Krone’s, Lois has done three himself (naturally), Dorfsman/CBS, Lubalin, the Book of Gossage, Richard Gilbert’s Marching Up Madison Avenue, and more. Even Gargano is coming out with a new one. And if all this isn’t enough, there’s that corny sex show on TV, “Mad Men.” I mean, it’s hard to believe the Digital Age will be covered like that.

And the debate about personalities doesn’t stop with writers and art directors. What about agencies? The debate about Ogilvy and Bernbach is still alive. Along comes Bernbach’s PR person, Doris Willens, trying to cash in on things she doesn’t know well. Who cares whether Bernbach wrote a lot of copy. What the man did was grow the most important and influential agency in the world. The place was loaded with great talent. I could probably name 20 to 40 writers and art directors out of that agency who became well known to most all of us. That’s more than Ogilvy. Other than Ogilvy himself, the only person I can think of was David McCall. David Ogilvy was a solo act. Before Doyle Dane Bernbach bought my agency (Cargill, Wilson & Acree), Bill Bernbach insisted on seeing all of our work. So I had to go to New York and present to Bernbach, one-on-one, in a conference room without anyone else there. It was a fabulous experience. Took me an hour and ten minutes. His critique and gratitude was wonderful. He became a friend after that. I had lunch and dinner on occasion. What a man, ego and all!

I’m one of those guys who’s grateful for that era. So much change, so many great people to learn from: Bob Gage (there’ll never be another like him), Amil Gargano, Ralph Ammirati, Ed McCabe, Bob Levenson, Carl Ally, Chick McKinney, George Lois, Mary Wells, Julian Koenig, Bert Steinhauser, Sam Scali, Ron Rosenfeld, just to name a few. I’m not sure any of us worked for money. We just had a great time.

Hey, how do we turn the clock back?

I'm not quite ready to turn the clock back - nothing beats now, imho - but I gotta hand to these guys. They invented something. They found a way to make commerce artful.
Posted by I'm principal of a at 12:21 PM 7 comments: 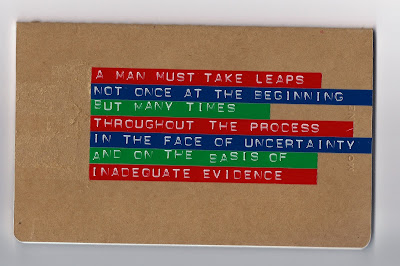 Today is nine months to the day since I moved into this little studio for a sabbatical leading to who knows what. These days when I run into people I haven't seen in a while, they usually ask, So what are you doing? meaning work, and I’m always a little vague or incomplete in my response. "Just doing my thing," I say sometimes. A blawg is a good place to lay out the whole story.

I started working with Oregon Council for the Humanities several months ago. The relationship began very serendipitously and gradually, and before we knew it, we were working together on a branding overhaul complete with new name, logo, identity, online presence, short film and collateral. The work breaks this fall.

I’m also working with the Infectious Diseases Research Instititute, a Gates- and NIH-funded biotech working on the world’s neglected diseases. Again, I’m working with them on an extreme makeover/brand edition which includes the whole works. I’m in the thick of the process and enjoying it. Chris Hornbecker just finished shooting wonderful portraits of all the scientists.

My first official client, Imperial Woodpecker, is rolling on their own now, successful in only the way Stacy Wall can be, and executing their own stuff based on the identity Fredrik and I created for them, noted in blawgy detail elsewhere.

I have a couple of other things brewing. Starting to look at whether I continue getting my work done working with my team of freelancers and consiglieres - Patrick Long drew these portraits - or whether it's time to hire someone fulltime. That will unfold over the next few months. 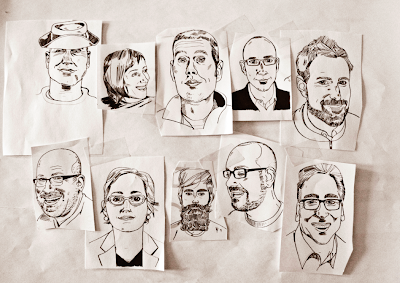 The last 9 months have been helpful in reminding me why I'm here, what I love to do, what I offer the world, the kind of people I like to work with, the way I like to work, and the sort of work that I like to create. I haven’t enjoyed myself like this in my work in a long time.