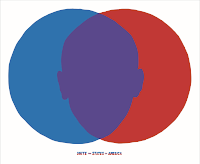 A friend got this wonderful piece into Shepherd Fairey's Barack Obama art show.

Makes me think about something we were talking about at yesterday's coffee. In the end, Barack may get more trouble from the Dems than from the Republicans, because he's not out to enact an agenda, but a process of coming together. Radical.

Just spent a while on the new whitehouse.gov site.

"WhiteHouse.gov will be a central part of President Obama's pledge to make his the most transparent and accountable administration in American history."

He is posting every executive order. You can also read the ethics pledge he is requiring every Federal employee to sign as of January 20, 2009.

Incredible. I don't know what else to say, other than pointing at it all and saying wow.
Posted by I'm principal of a at 12:44 PM

Too much Cult of Personality...