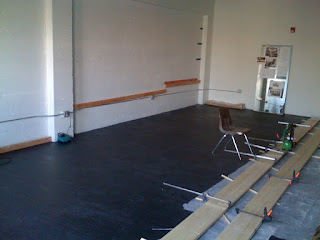 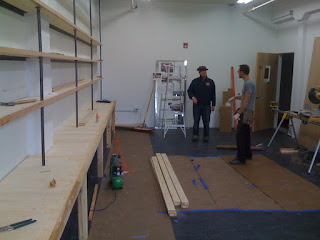 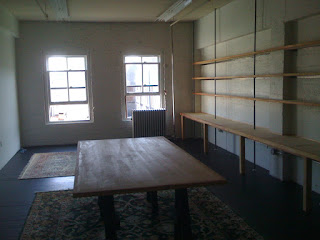 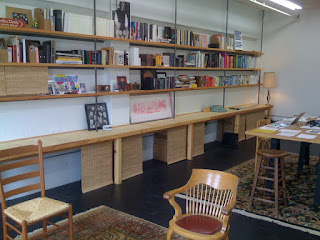 As it was becoming clear that it was time for me to leave W+K, my wife suggested finding a small place of my own to allow myself some time to think about what the future might hold.

I started looking around for studio spaces under 1000 square feet. I looked in different areas around town for a few weeks - North Portland, Eastbank, Alberta, Clinton, NW Industrial - but nothing really spoke to me.

I drive my boys to school in the morning, so I thought about how neat it would be to find a place close to them. Late this summer I took a walk during lunchtime and circled the area around the school. As I wandered the Chinatown area, I remembered that John Jay, the global ECD of W+K and my old boss, had a personal studio in Chinatown. I better not get too close to him, I thought, so I carefully avoided where I thought his studio was, but I miscalculated and found myself right in front of his studio. Before I kept walking, I noticed the cool type on the building across the street. Goldsmith Co. it said, it brushed metal type from the 40s? 30s? Wow, that looks pretty neat. And they have a comic book store in the lobby? Cool. I'll just take a quick look.

Long story short, here I sit, in Studio #309, in the most inspiring space I've had since I moved into the basement in high school.

Here are a few photos of the place, as Simon Jaynes and his partner Luke finished the 110 feet of shelves and the work surface and table, then after I got the books in.